I started using email in 1994, on a Macintosh Plus, in a shared terminal room in the William Hardy building, Downing Site (Cambridge University). The Mac was used as a VT100 terminal emulator, connected via a serial link to the Cambridge Unix Service (CUS). The mail client, running on CUS, was PINE (originally released 1992). To mark the anniversary, I decided to go back to using PINE (well, ALPINE, as PINE was discontinued in 2005), this time running locally under OS X; alpine is available from MacPorts, and using IMAP and SMTP to access email on 1and1.co.uk. Frankly, it's a lot faster to use than any GUI-based system I've used since (simeon, Outlook Express, Outlook, Apple Mail, Thunderbird). 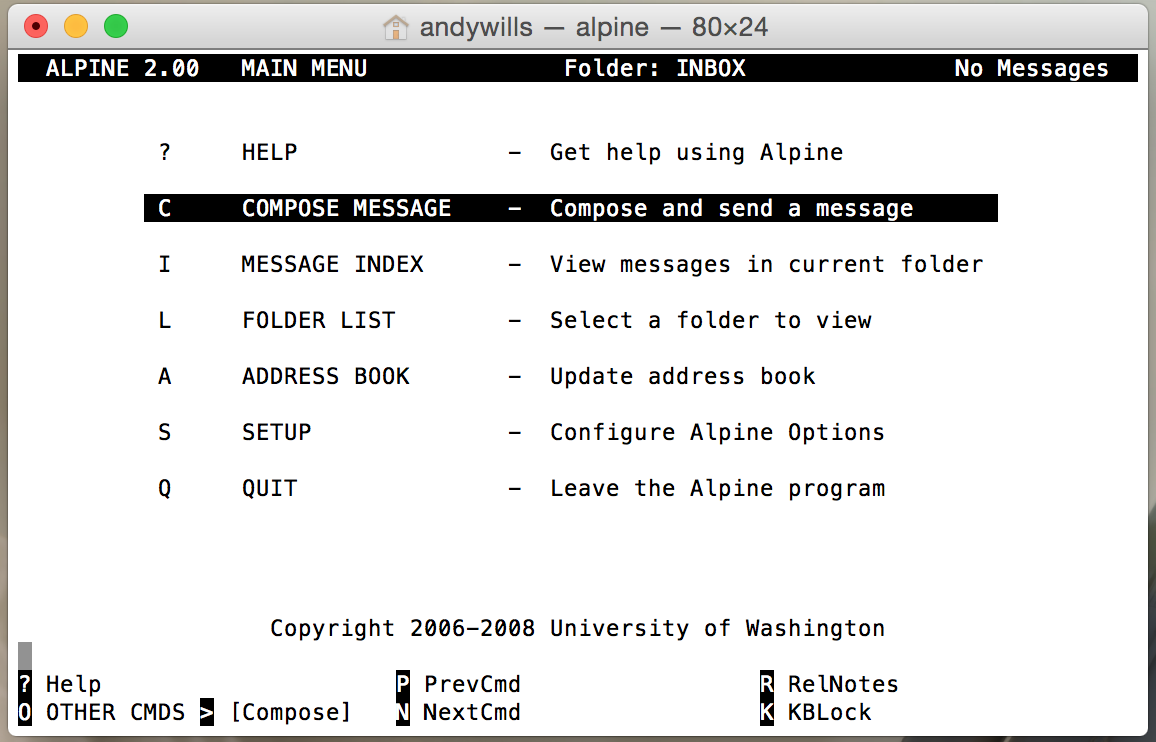 The REF2014 results are out. Over 80% of Plymouth Psychology's research outputs were assessed as internationally excellent or world leading, placing us in the Top 20 on this metric.  We managed to achieve this within a relatively modest research environment  (3.0 GPA). On a research efficiency measure, we came 3rd ( %age  of 3 and 4* outputs, divided by environment GPA, and excluding very small or selective submissions; FTE < 15).
Posted by Syntexis at 1:13 AM No comments: